Spanish newspaper Diario YA ES published an article yesterday citing a 2013 interview in which Aron Modig reaffirmed not recollecting the events during the crash but did recognize that the SMS texts describing a second vehicle crashing into his was sent by him. 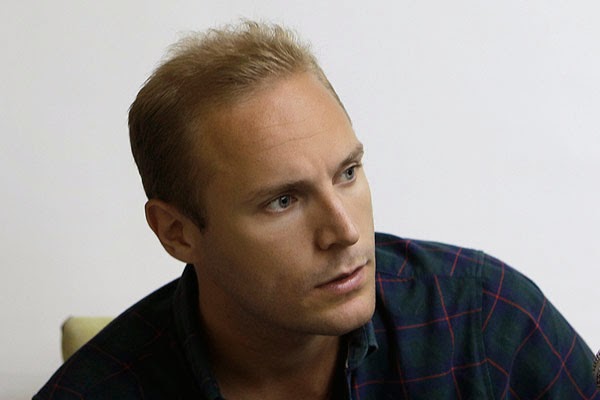 In the Spanish newspaper DiarioYA.ES on March 26, 2015 in the article titled "Jens Aron Modig confirmed that the car was forced off the road violently" the following information was published referring to a March 14, 2013 radio interview:


The Swedish activist Jens Aron Modig who on July 22, 2012 was in the passenger seat in the car driven by the Spanish politician Angel Carromero and in which Cuban dissidents Oswaldo Payá  and Harold Cepero were killed has confirmed that the vehicle was forced off the road violently by another car when they had the accident. Although initially the Swedish activist claimed to have no recollection of the alleged involvement of another vehicle in the accident, thus denying the criminal nature of the event while Angel Carromero was detained in Cuba, and he obtained permission from the Cuban authorities to leave the island, recognized on National Radio of Sweden the existence of SMS (text messages) that he sent that recounts how a vehicle forced them off the road. This contradicts the version of the communist government about the crash being due to a speeding driver.

For Modig what happened "was a traumatic experience .. I could see up close how it works in a dictatorship like Cuba. I was imprisoned about a week, stripped of my belongings, I had no chance to make contact with my family or with Swedish diplomats in Cuba. All without being informed of what crime I was being accused (...). I could see the reality in which people live daily in Cuba," said the young Swede.

This account contradicts the version put forward by the Castro regime and corroborates the Spanish survivor Ángel Carromero. The SMS text messages mentioned above were copied and are a key element in understanding the events surrounding the deaths of Oswaldo and Harold on July 22, 2012.