"It's up to all of us to try, and those that say that individuals are not capable of changing anything are only looking for excuses." - Vaclav Havel, Interview with Amnesty International in 2011 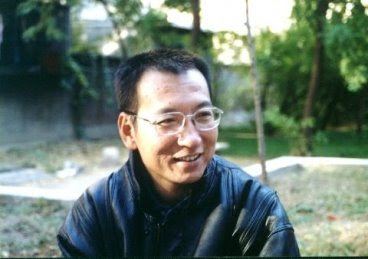 2 years ago today the trial against Liu Xiaobo began
On the day that the world bid farewell to Vaclav Havel an e-mail arrived from the Human Rights Foundation that said: "Nobel Laureate Liu Xiaobo: In a Chinese Prison but Not Forgotten." It was two years ago today, December 23, 2009 that the trial against the human rights defender on charges of "inciting subversion of state power" began and ended on Christmas day when the Beijing Municipal No. 1 Intermediate People’s Court issued a guilty verdict and 11-year prison sentence. There was widespread international condemnation of the trial and verdict. The UN High Commissioner for Human Rights Navi Pillay issued a statement of concern that the decision "represents a serious setback for the protection and promotion of human rights in China," and described the sentence as "extremely harsh."

Liu Xiaobo was convicted of "inciting subversion of state power" but it is important to highlight what this Orwellian phrase seeks to obfuscate that the Chinese dissident was imprisoned for his role in drafting and circulating an open letter requesting reforms. A group of 303 Chinese writers, intellectuals, lawyers, journalists, retired Party officials, workers, peasants, and businessmen issued this open letter - "Charter 08" - on December 9, 2008 calling for legal reforms, democracy and protection of human rights in China. This is the reason Liu Xiaobo was placed on trial and condemned to 11 years in prison.

Many remain silent about the human rights situation in China because of its economic might and claim that nothing can be done, but Vaclav Havel never held that view. In fact, he protested Western silence. Just days following the trial verdict on January 7, 2010, Vaclav Havel walked over to the Chinese Embassy in Prague and rang the doorbell on three occasions before posting his protest letter through the outdoor embassy mail slot. The former Czech president turned to reporters present and explained what he was doing:

“We are here now because we are asking the Chinese president and Chinese government not to repeat what happened to us 33 years ago ,where fighters for freedom were pursued and persecuted.”

On January 19, 2010 Havel met with the Executive Director of Human Rights in China, Sharon Hom, and engaged her in a dialogue/interview about Liu Xiaobo, Charter 08 and the struggle for democratic reform in China. When asked about the similarities between China today and Czechloslovakia in 1977 explained that:

The similarities, I would say, are in the basic structure of human rights reflected in a democratic system, which of course the regime doesn’t want. The regime wishes for the dictatorship of one party. I think this is where Charter 08 and Charter 77 are similar: they have similar targets and similar messages to deliver to the [respective] regimes.

On February 3, 2010 both Czech and Slovak members of parliament nominated Liu Xiaobo for the Nobel Peace Prize. The nomination was also endorsed by Vaclav Havel and many of the former spokespersons of Charter 77. The 2009 Nobel Prize in Literature laureate, Herta Müller, in a letter to the Nobel Foundation on behalf of Liu Xiaobo wrote:

Despite warnings and threats against Norway and the Nobel Committee by the Chinese government Liu Xiaobo was awarded the Nobel Peace Prize in 2010. Desmond Tutu and Vaclav Havel on December 5, 2010 called on the Chinese government to release Liu Xiaobo in order that he be able to accept the Nobel Peace Prize or risk losing its international credibility. The Chinese regime not only refused to release Liu Xiaobo but his wife, Liu Xia, was held under house arrest and was unable to represent her husband in Oslo to receive the award. Instead Liv Ullman read the statement Liu Xiaobo gave at his trial on December 23, 2009 titled I Have No Enemies: My Final Statement. Before being sentenced to 11 years in prison on December 25, 2009 addressing the court in the previous mentioned statement he concluded:

I hope that I will be the last victim of China's endless literary inquisitions and that from now on no one will be incriminated because of speech.

In order to exercise the right to freedom of speech conferred by the Constitution, one should fulfill the social responsibility of a Chinese citizen. There is nothing criminal in anything I have done. [But] if charges are brought against me because of this, I have no complaints.

On December 8, 2011 Vaclav Havel signed on as one of the members of a new International Committee to Support Liu Xiaobo. Liu Xiaobo's Nobel Peace Prize placed a spotlight on China's human rights violations. Hopefully his courageous example and Vaclav Havel's solidarity will shame those who remain silent before this ongoing injustice.