Chinese dissident sentenced to 10 years in prison for writings

The court ignored all the points raised by the defense lawyer at the trial, so what point is there in appealing? - Zhang Qunxuan, wife of Chen Xi 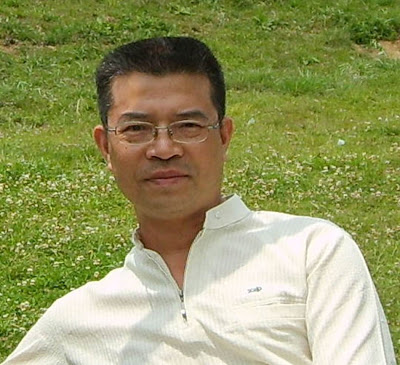 Amnesty International had warned that Chen Xi, detained on November 29, 2011 could be placed on trial at any time in a December 22 report. Below is the report by Human Rights in China on the trial and sentencing of Chen Xi.

by Human Rights in China

Chen Xi’s wife, Zhang Qunxuan (张群选), told Human Rights in China, “The court hearing started at 9 a.m. and concluded by 12:30 p.m. The prosecution against Chen Xi was based upon his publication of 36 articles overseas. Chen Xi’s lawyers, Sun Guangquan (孙光全) and Bai Min (白敏), defended him on his not-guilty plea. In his self-defense in court, Chen Xi stated, ‘All the activities I have been engaged in are just and honorable, all in the open. Since I was released from prison on 2005, State Security has had communications with me on a weekly basis. They are aware of everything that I have been doing, and everything can be put on the table. So why had the law enforcement [authorities] not pointed out that I was committing a crime?’ When the presiding judge allowed Chen Xi to make his final statement, Chen Xi said, ‘I am a law-abiding person. I respect the court’s decision; I will not appeal.’”

Zhang added, “We made a final request to see Chen Xi, but the presiding judge denied the request. They are really heartless. The prosecution took his writings out of context. Actually, Chen Xi was calling for democracy and human rights. This wish was [his] whole crime!”

“The Chinese authorities’ ongoing tactic of imprisoning Chinese citizens will not address the deepening social conflicts in China. Instead, it will intensify them,” said Sharon Hom, Executive Director of Human Rights in China. “The march of heavy sentences imposed on democracy activists should be a wake-up call to the international community: China is at a critical crossroads and these activists need effective and immediate support.”

This is Chen Xi’s third prison sentence. During the period of the 1989 Democracy Movement, he was sentenced to three years for establishing the Patriotic and Democratic Federation. After his release, he continued to work for democracy and engage in human rights activities. He was sentenced to another ten years in March 1996 for organizing the Guizhou branch of the China Democracy Party, and pressing for redress for the 1989 crackdown. While in prison, he was beaten savagely and repeatedly by other prisoners reportedly instigated by the prison authorities.