Cuban author and intellectual Carlos Alberto Montaner described Vaclav Havel as the man who loved freedom and that is true but he also loved moral actions and justice. Havel recognized that “Man is not an omnipotent master of the universe, allowed to do with impunity whatever he thinks, or whatever suits him at the moment. The world we live in is made of an immensely complex and mysterious tissue about which we know very little and which we must treat with utmost humility.” It is that humility which Havel underlines that explains his belief that moral actions no matter how small do matter. 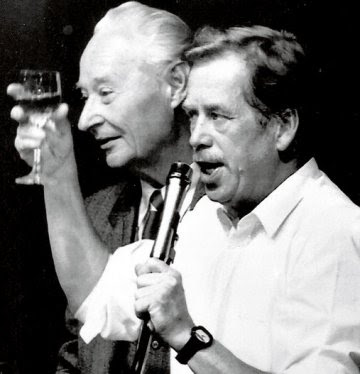 Dubcek and Havel in 1989
In 1968, after Soviet tanks crushed the Prague Spring, an effort by Czechoslovak communist reformers to build socialism with a human face, Havel wrote the following to the Czechoslovak President Alexander Dubcek who had been one of the reformers later purged: "Even a purely moral act that has no hope of any immediate and visible political effect can gradually and indirectly, over time, gain in political significance."

Havel believed that moral actions, no matter how small or futile they may appear at the time can have profound consequences for both freedom and a just society. It is because the world is not a puzzle to be solved but incredibly much more complex that decisions of right and wrong made by each person have such great importance. 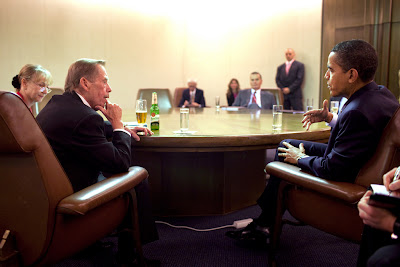 Havel and Obama
Over 40 years later, when President Barack Obama backed out of meeting with the Dalai Lama due to an upcoming trip to China, Havel offered the corollary to the theorem expounded to Dubcek in 1968 at the October 12, 2009 of the Forum 2000 conference he had organized:

The New York Times in their October 13, 2009 issue in an article titled Vaclav Havel, Still a Man of Morals and Mischief: reported that in an interview that was supposed to be about the revolutions that overturned communism 20 years earlier that President Havel raised the question asking if it was true that President Obama had refused to meet the Dalai Lama? Havel replied:

“It is only a minor compromise,” Mr. Havel said of the nonreception of the Tibetan leader. “But exactly with these minor compromises start the big and dangerous ones, the real problems. “This is actually the first time I really do mind something Obama did,” Mr. Havel said. He minded it “much more” than Mr. Obama’s recent decision not to station elements of a missile-defense system in the Czech Republic, a move that several Central European politicians criticized but that Mr. Havel noted was ultimately “an internal American decision.”

In other words immoral actions no matter how small or "pragmatic" they appear at the time can also have profound consequences that can lead to an end of freedom and the rise of profound injustices.

Among the world leaders saddened by Havel's passing was Barack Obama who said that his words will echo through the ages. I hope that President Obama and others will remember the words directed at him in October of 2009.
Posted by John Suarez at 12:42 PM