Nobel Lecture on the successful nonviolent struggle in Liberia

The Nobel Peace Prize 2011 was awarded jointly to Ellen Johnson Sirleaf, Leymah Gbowee and Tawakkol Karman "for their non-violent struggle for the safety of women and for women’s rights to full participation in peace-building work". Below is the Nobel Lecture of Leymah Gbowee that is extremely relevant to ongoing events in Cuba today. 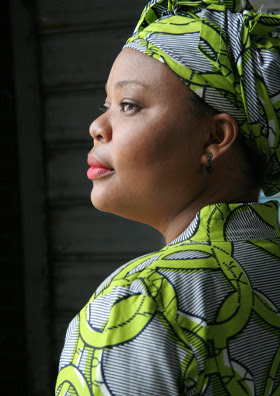 Your Majesties, Your Royal Highnesses, Excellencies
Distinguished Members of the Norwegian Nobel Committee, Global Leaders
Women of Liberia, Women of Africa and Women of the world

This is the day the Lord has made and I and my sisters globally will rejoice and be glad in it.

Today marks a very historic day as the Nobel Peace Prize is being awarded to me, Tawakul, and my own President and Mother, Mrs. Ellen Johnson-Sirleaf in honor of all women globally.

I am humbled and honored to have been selected by members of the committee and I receive the Prize in the name of women who continue to work for peace, equality and justice across the World. A moment of silence for Prof Wangari Maathai, Ms. Dheka Abdi, Ma Wleti Freeman, Ma Asata Kandakai, Ma Fatu Bah, Rebecca Flomo, Ma Klunah Brown, the seven Ivorian Women who lost their lives during the post elections violence and women across the world who lost their lives whilst fighting for peace, social justice and equality.

Early 2003, seven of us women gathered in a makeshift office / conference room to discuss the Liberian civil war and the fast approaching war on the capital Monrovia. Armed with nothing but our conviction and $10 United States dollars, the Women of Liberia Mass Action for Peace Campaign was born.

Women had become the "toy of war" for over-drugged young militias. Sexual abuse and exploitation spared no woman; we were raped and abused regardless of our age, religious or social status. A common scene daily was a mother watching her young one being forcibly recruited or her daughter being taken away as the wife of another drug emboldened fighter.

We used our pains, broken bodies and scarred emotions to confront the injustices and terror of our nation. We were aware that the end of the war will only come through non–violence, as we had all seen that the use of violence was taking us and our beloved country deeper into the abyss of pains, death, and destruction.

The situation in Liberia in those war years indeed re-affirmed the profound statement of Nobel Laureate, the late Dr. Martin Luther King when he said, "Violence never brings permanent peace. It solves no social problem; it merely creates new and more complicated ones".
The women's Mass Action Campaign started in one community and spread to over 50 communities across Liberia.

We worked daily confronting warlords, meeting with dictators and refusing to be silenced in the face of AK 47 and RPGs. We walked when we had no transportation, we fasted when water was unaffordable, we held hands in the face of danger, we spoke truth to power when everyone else was being diplomatic, we stood under the rain and the sun with our children to tell the world the stories of the other side of the conflict. Our educational backgrounds, travel experiences, faiths, and social classes did not matter. We had a common agenda: Peace for Liberia Now.

We succeeded when no one thought we would, we were the conscience of the ones who had lost their consciences in their quest for power and political positions. We represented the soul of the nation. No one would have prepared my sisters and I for today — that our struggle would go down in the history of this world. Rather when confronting warlords we did so because we felt it was our moral duty to stand as mothers and gird our waist, to fight the demons of war in order to protect the lives of our children, their land, and their future.

There are many examples globally of such struggles by women. I believe that the prize this year not only recognizes our struggle in Liberia and Yemen. It is in recognition and honor of the struggles of grass roots women in Egypt, the Democratic Republic of Congo, Cote d'Ivoire, Tunisia, in Palestine and Israel, and in every troubled corner of the world.
So allow me to pay tribute to some of the giants in women's continued struggle to be free and equal. This prize is a tribute to:

Your Majesties, Your Royal Highnesses, distinguished ladies and gentlemen, women of the world:

This prize could not have come at a better time than this; a time when global and community conversations are about how local community members and unarmed civilians can help turn our upside-down World, right-side up. It has come at a time when
unarmed citizens — men and women, boys and girls — are challenging dictatorships and ushering in democracy and the sovereignty of people;

Yes! It has come at a time when in many societies where women used to be the silent victims and objects of men's powers, women are throwing down the walls of repressive traditions with the invincible power of non-violence. Women are using their broken bodies from hunger, poverty, desperation and destitution to stare down the barrel of the gun. This prize has come at a time when ordinary mothers are no longer begging for peace, but demanding peace, justice, equality and inclusion in political decision-making.

I must be quick to add that this prize is not just in recognition of the triumph of women. It is a triumph of humanity. To recognize and honor women, the other half of humanity, is to achieve universal wholeness and balance. Like the women I met in Congo DRC over a year ago who said "Rape and abuse is the result of larger problem, and that problem is the absence of women in the decision making space". If women were part of decision-making in most societies, there would be less exclusive policies and laws that are blind to abuses women endure.

In conclusion let me again congratulate the Nobel Committee for awarding the Peace Prize to us three women. By this act you affirm that women's rights are truly human rights and that any leader, nation or political group that excludes women from all forms of national and local engagement is setting themselves up for failure.

Let this recognition serve as a renewed compact between women and World leaders, that commitments made to women through various UN and other global institutions' resolutions will be pursued with greater commitment and vigilance;
Let this be a renewed compact that the integrity of a woman's body and the sanctity of women's lives will not be subsumed under male-invented traditions;

To women of Liberia and sisterhood across West Africa who continue to band together to respond to crisis in our sub region; to women in Asia, the Middle East and the World: As we celebrate our achievement through this recognition let us remind ourselves that victory is still afar. We must continue to unite in sisterhood to turn our tears into triumph, our despair into determination and our fear into fortitude. There is no time to rest until our world achieves wholeness and balance, where all men and women are considered equal and free.

And, finally, Liberian women: thank you for making our country proud. Thank you for sitting in the rain and under the sun. This is your prize. This is our prize. The world used to remember Liberia for child soldiers but they now remember our country for the white t-shirt women. Who would have ever thought that Liberian women would have been among faces of women's global victory, but you did it. So thank you!