The Egyptian Parliamentary Elections on the Daily Debate 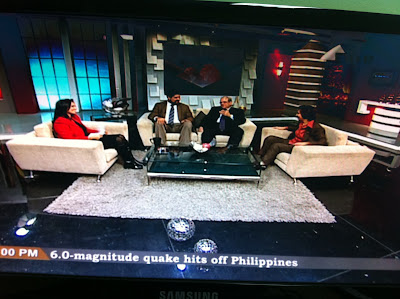 Rushing back from Port Said following the first round of the 2011 Parliamentary elections in which as a witness to the election in that small but important city now had facts about what had taken place. At the time, was still in the process of formulating an overall opinion of the elections. It was at that moment that Ahmed Samir of the Andalus Institute for Tolerance and anti-Violence Studies called about an invitation to Nile TV's program The Daily Debate that was broadcast live at 10:00 pm.

Below is the video of the broadcast broken up into four parts.

The optimism of the voters, expressed in the program, was prior to the appearance of huge numbers of discarded ballots days later. Now there is a question of whether or not the discarded ballots were "invalidated" ballots, counted ballots or ballots not counted and raises the question about how a challenge by a candidate demanding a recount would be considered credible.

Ghada Shahbandar, of Egyptian Organization for Human Rights in the video above demonstrates some of the dumped cast ballots and election materials circulating in Cairo. Below is video of a pile of discarded votes.