"There may be times when we are powerless to prevent injustice, but there must never be a time when we fail to protest." - Elie Wiesel 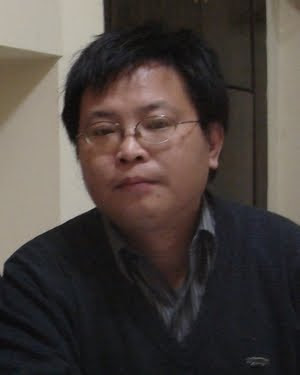 All of these activists and many more are being imprisoned for exercising their freedom of expression and are prisoners of conscience. In addition, Chinese dissident Mao Hengfeng has suffered brutal beatings and torture for her human rights activism. 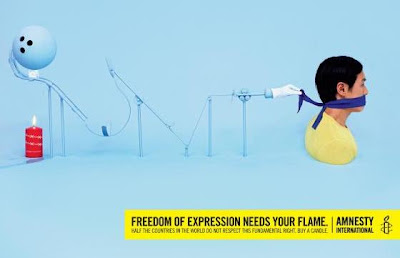 The nine-year jail sentence handed down to activist Chen Wei for writing critical articles about the Communist Party is unacceptable, Amnesty International said today, and urged Chinese authorities to release him immediately and unconditionally.

Chen Wei was sentenced for “inciting subversion of state power”. His lawyer, Zheng Jianwei, said the trial lasted less than two hours and added that his family said he would not appeal.

“I wish we could say we were surprised by this sentence, but we have seen the Chinese government use this vague charge of “incitement” over and over to silence its critics and suppress discussion of human rights and political change,” she added.

According to the indictment, seen by Amnesty International, Chen Wei’s charge stems from essays he allegedly posted online and “sent to overseas organizations,” including New York-based human rights group, Human Rights in China.

“This is the toughest sentence given to anyone who was arrested and charged during the so-called Jasmine crackdown, when the government rounded up activists out of fear for potential demonstrations inspired by the Middle East and North Africa,” Catherine Baber said.

“We think the government is punishing Chen Wei for his many years of activism and trying to send a strong message to any would-be critics.”

Chen Wei, 42, was one of more than 130 activists detained after the U.S.-based news site, Boxun, reported an anonymous appeal for people to stage protests across China last February.

The online call to protest, inspired by the uprisings across the Middle East and North Africa and the “Jasmine Revolution” in Tunisia, led to one of the harshest crackdowns on dissent in China in recent years.

Government critics, bloggers, artists, “netizens” and other activists were detained, the vast majority of whom have been released without charges or on bail.

Authorities in Suining City, Sichuan Province, detained Chen Wei on 20 February and formally arrested him on 28 March. Since then, he has been held at the Suining City Detention Centre. His case was sent back twice to prosecutors because of a lack of evidence.

Zheng Jianwei said he was only able to meet with his client twice. Another lawyer reportedly met with Chen Wei once. The activist has only been allowed to communicate with his family in writing.

Chen Wei served as one of the leaders of the 1989 student democracy movement, for which he was imprisoned until January 1991. In May 1992, authorities arrested him again, this time for commemorating the anniversary of the Tiananmen Square massacre and for organizing a political party. They sentenced him to five years for “counterrevolutionary propaganda and incitement.”

Chinese law does not define the meaning of “subversion,” nor does the law or related regulations or interpretations adequately define what it means to incite others to subvert state power.

Amnesty International is calling on the Chinese government to release other activists who have been held on the vague charge of "inciting subversion of state power," including: