"The only thing I can recommend at this stage is a sense of humor, an ability to see things in their ridiculous and absurd dimensions, to laugh at others and at ourselves, a sense of irony regarding everything that calls out for parody in this world." -  Václav Havel, Central European University (24 June 1999)
We are living through difficult and dangerous times that require that good citizens be equipped with the tools of discernment to detect the absurdity all around us today. Václav Havel was a great moral leader who has departed this mortal coil whose ideas and example still live on leaving good works. There are those who would like to ignore his example but they do so at their own and civilization's peril.

Let me briefly explain who Václav Havel was and why he should be not only remembered but studied as an exemplar of not only how to approach politics but life in general. He was born in Czechoslovakia in 1936 and his earliest memories of childhood would have involved the Nazi occupation of his homeland and World War II. When he was nine years old communism took over his homeland. Most of his life was spent as a dissident who at times would end up in prison for his beliefs. Havel was a prisoner of conscience who came to understand that the power of the powerless was to be found in living in truth and not going along with the lies that the regime tried to impose by force.

Václav Havel was a writer, philosopher and as a dissident leader who in 1989 played a leading role in what became known as the Velvet Revolution. He would go on to be the tenth and last president of Czechoslovakia only to resign the post in protest when the Czechs and Slovaks decided on their Velvet Divorce 1992 in  partitioning the country into two new ones: The Czech and Slovak republics. He would go on to be the first president of the Czech Republic in 1993 and serve in that post until 2003.  Throughout his entire life he demonstrated a consistent solidarity with victims of repression the world over, sought with Forum 2000 to encourage a civilizational dialogue focusing on key challenges and warned against making small moral compromises. Havel passed away on December 18, 2011.
I had the opportunity on several occasions to meet President Havel, the first time was at Florida International University in Miami in 2002 and the last time was at Forum 2000 in Prague in 2009 and was able to see first hand his decency, humility and solidarity with Cuban dissidents and prisoners of conscience. In 2012 I took part in the first "Short Trousers for Václav Havel" initiative here in Miami  and continued the tradition.

The tradition of wearing short trousers for Václav Havel started on the one year anniversary of his passing and the organizers explained its historic significance along with its particular Czech sensibility.


The “Short Trousers for Václav Havel” initiative started in 2012 to honor the memory of Václav Havel with a gesture that was unique, memorable and easily achieved by supporters of this exceptional person in modern Czech and European history.  Short Trousers is a reference to Havel stepping into political life in 1989 and his inauguration to the presidency in visibly short trousers. He explained vainly that rather than a tailor’s mistake it was his habit to pull his pants up at every dramatic situation. To this, one might say global mythology of his short trousers, he added with a smile: "I must say that I am glad of it, more or less. From my point of view it’s a pretty gentle way of mocking myself."  An effort to honor such a respectable person by a gesture that points to this humorous episode might appear, at first sight, as a contradictory act. But the opposite is true. We believe that rolled up trousers on the anniversary of the death of Václav Havel is a gesture which is Czech, slightly satirical and which can be easily joined by anyone who wants to honor the memory of the last Czechoslovak and the first Czech president Havel in a cheerful way.

One of Havel's great insights was to distinguish that absurdity or "the loss of meaning" was not the same as "a loss of faith" and explained it as follows in one of his letters to Olga, his wife:


..."the sensation of absurdity is never - at least not as I understand it - the expression of a loss of faith in the meaning of life. Quite the opposite: only someone whose very being thirsts for meaning, for whom "meaning"is an integral dimension of his own existence, can experience  the absence of meaning as something painful, or more precisely, can perceive it at all.  In its tormented absence, meaning may have a more urgent presence the when it is simply taken for granted, no questions asked - somewhat in the way one who is sick may better understand what it means to be well than one who is healthy."

We have two options when confronting the absurd to despair and abandon the pursuit of meaning or recognize the irony and parody for what it is while continuing the pursuit of meaning rooted in reality in all its infinite variety.  This way may lie the path to rescuing our human civilization and Havel understood this:


"The only real hope of people today is probably a renewal of our certainty that we are rooted in the earth and, at the same time, in the cosmos. This awareness endows us with the capacity for self-transcendence. Politicians at international forums may reiterate a thousand times that the basis of the new world order must be universal respect for human rights, but it will mean nothing as long as this imperative does not derive from the respect of the miracle of Being, the miracle of the universe, the miracle of nature, the miracle of our own existence. Only someone who submits to the authority of the universal order and of creation, who values the right to be a part of it and a participant in it, can genuinely value himself and his neighbors, and thus honor their rights as well."

However wearing short trousers to honor Havel, although humorous, is not absurd but has deeper meaning important for democrats and the organizers of this event explain it as follows:


We strongly believe that this initiative makes sense and that it is not only about respect for Václav Havel. By this seemingly superficial gesture, we want to encourage positive civic pride to demonstrate certain values​. This civic participation, without which there is no democratic society, can take various forms, whether we engage in rolling trousers up, a reminder of one of Havel’s works or just a reflection of the values accepted by today’s society.  We believe that the great interest that we saw on December 18, 2012 was not a one-time event and that it will continue this year too, not only in the Czech Republic but also in the other countries around the world. Personalities, who until the last minute reminded all that democracy can not be sustained without developing a civic intervention no matter of its form, need to be remembered.

This is why on December 18, 2015 here in Miami, Florida I will be wearing my trousers short for the day in memory of Václav Havel and invite others to join me. We will be gathering to view the documentary narrated by Jeremy Irons called The Power of the Powerless. Location and time are available upon request. 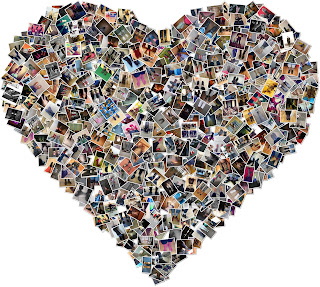