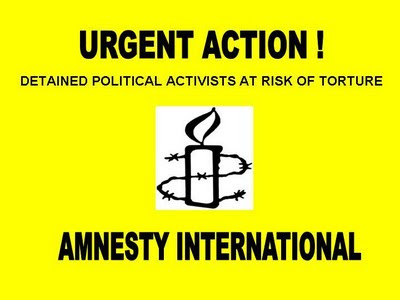 The authorities have arrested 43 government critics in the province of Santiago de Cuba . This is a clear attempt to crush the emerging peaceful dissident movement in eastern Cuba.

Cuban security forces detained 43 government critics in three locations in the eastern province of Santiago de Cuba, in the afternoon of 2 April. Most of the 43 are members of the Patriotic Union of Cuba (Union Patriótica de Cuba, UNPACU). Their homes were searched and office equipment, including computers, was apparently confiscated. Among them are UNPACU coordinator José Daniel Ferrer García, a former prisoner of conscience, and his wife Belkis Cantillo Ramírez, who is a member of the protest group Ladies in White. About 100 officials from the Department of State Security and police officers arrived at their house in Palmarito de Cauto at 2pm. According to local sources, the officers reportedly broke in and arrested Jose Daniel, Belkis and four others. The same thing was seen at the house of UNPACU member Raumel Vinajera Estive in Palma de Soriano, where he and about 15 others were arrested. Others were arrested in El Caney, close to the city of Santiago de Cuba. Ten of those arrested are women, all members of the Ladies in White.

Since shortly before the Pope’s arrival in Cuba on 28 March, the telephone connections of government critics have apparently been blocked by the authorities, making it difficult to identify where the detainees are being held. Some of them are known to be held at the “Micro 9” police station in the city of Santiago de Cuba, but the whereabouts of the majority are still unknown. Amnesty International believes that those detained may be prisoners of conscience. These detentions are a clear attempt by the authorities to crush the emerging peaceful dissident movement in Santiago de Cuba and neighbouring eastern provinces.

Calling on the authorities to reveal immediately the whereabouts of all those detained during security force operations on 2 April in Santiago de Cuba Province;

Urging the authorities to release them immediately if they are still detained, unless there is sufficient evidence to charge them with an internationally-recognizable criminal offence;

Calling on them to cease blocking the telephone lines of government critics;

Also send copies to diplomatic representatives accredited to your country

Pope Benedict XVI visited Cuba from 28-30 March, where he celebrated open air masses in the city of Santiago de Cuba and the capital, Havana, and held meetings with the leaders of the Cuban Catholic Church and the Cuban authorities. Government critics had hoped the Pope’s visit might herald an opening-up by the authorities, but instead they were subjected to further repression. Local sources say over 200 government critics were detained during the visit, and many others held under house arrest, with the express purpose of preventing them from travelling to attend the masses and take part in protest activities. Those who were detained or placed under house arrest are all believed to have been released. From just before the Pope arrived in Cuba, the mobile and landline connections belonging to government critics, human rights activists and independent journalists have been tampered with, preventing them from reporting on repression to audiences within Cuba and also to the outside world.

Prisoner of conscience José Daniel Ferrer García was granted conditional release in March 2011 following eight years' imprisonment. He was one of 75 people who had been arrested and sentenced following a crackdown on dissidents in March 2003. Amnesty International adopted all 75 as prisoners of conscience, as they had acted non-violently and were imprisoned under Cuban legislation which illegitimately criminalizes political dissent. José Daniel Ferrer García was sentenced to 25 years imprisonment in connection with his participation in the Varela Project, which aimed to ask for a national referendum on democratic reforms. Article 31.1.4 of the Cuban Criminal Code states that conditional release allows prisoners to see out the remainder of their sentence outside prison provided they demonstrate “good behaviour” (buena conducta). He was arrested in Havana on 21 February 2012 and held incommunicado until his release without charge three days later.

The Patriotic Union of Cuba (UNPACU) is an umbrella group of dissident organizations, based primarily in Santiago de

Since UNPACU was set up, in mid-2011, its members have faced constant harassment and intimidation from the authorities, including arbitrary detention. One of UNPACU’s members, prisoner of conscience Wilman Villar Mendoza, died in January 2012 following a hunger strike in protest at his four-year prison sentence following a summary trial. This repression is part of a general crackdown against dissidents in the eastern provinces of Cuba which has gathered pace since mid-2011.

The Ladies in White campaign for the release of political prisoners and for the lifting of restrictions on fundamental civil and political freedoms in Cuba. Members of the organization have been repeatedly prevented from meeting for any purpose, including to attend mass on Sundays.