A government critic has been detained, apparently without charge, for more than a week for peacefully expressing his right to freedom of expression . Andrés Carrión Álvarez was arrested in the city of Santiago de Cuba on 28 March where he was attending an open air mass celebrated by Pope Benedict XVI. Five minutes before the mass began in Antonio Maceo Square, he apparently shouted, “freedom” (libertad) and “down with communism” (abajo el comunismo).

He was removed by security personnel and was apparently arrested by officials from the Department of State Security. Local human rights organizations have been unable to confirm his whereabouts or whether he has been charged.

Amnesty International believes he may be a prisoner of conscience, detained solely for peacefully exercising his right to freedom of expression. 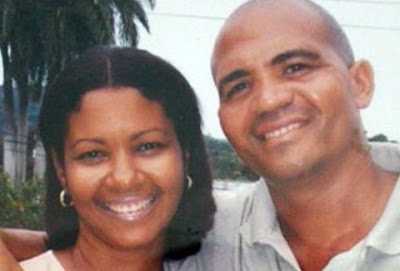 Calling on the authorities to reveal immediately the whereabouts of Andrés Carrión Álvarez, who was arrested on 28 March;

Urging them to release him immediately if he is detained, unless there is sufficient evidence to charge him with an internationally-recognizable criminal offence;

Pope Benedict XVI visited Cuba from 28-30 March, and celebrated open air masses in the city of Santiago de Cuba and the capital, Havana, and held meetings with the leaders of the Cuban Catholic Church and the Cuban authorities. Government critics had hoped the Pope’s visit might herald an opening on the part of the Cuban authorities, but instead they were subjected to further repression. Over 200 government critics were apparently detained during the Pope's visit, and many others held under house arrest, with the express purpose of preventing them from travelling to attend the masses and take part in protest activities. Those who were detained or placed under house arrest are all believed to have been released. Since just before the Pope arrived in Cuba, the mobile and landline connections belonging to government critics, human rights activists and independent journalists have been tampered with, preventing them from reporting on repression to audiences within Cuba and also to the outside world.