The State Department Cuba advisory that the media is not highlighting 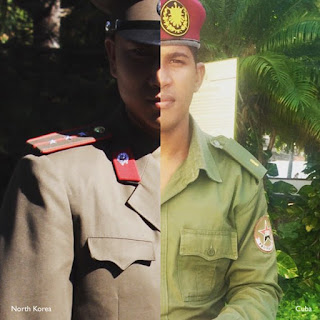 This blog has raised questions about the U.S. Embassy in Havana and the language in its advisories with regards to Cuban Americans. Incidentally, these advisories have garnered much press attention. The language has been changed and the State Department has explained the reason why.

At the same time a new issue arises over the hype of  American travel to Cuba. Why has the media not focused on the State Department's advisory for U.S. citizens that now warns that anyone can be detained at any time for any purpose and that the security services and "judicial" system falls far short of international standards. Here is the exact language:


U.S. citizens traveling to Cuba should be aware that the Cuban government may detain anyone at any time for any purpose, and should not expect that Cuba’s state security or judicial systems will carry out their responsibilities according to international norms.

In fact, when a former U.S. intelligence officer Mike Himsworth posts a copy of the advisory on twitter he is ridiculed by the pro-Cuba travel crowd and his warning dismissed.


Cuba and North Korea do have a lot in common and the refusal to recognize the repressive nature of both totalitarian regimes places at risk those who travel there believing these two countries are just like anywhere else.

The State Department recognizes this as do U.S. intelligence officers but the news media and others are presenting a sunny image of a despotic regime that may endanger American lives. Meanwhile there is a public discussion of placing a travel ban on North Korea due to American tourists being arbitrarily detained there and sentenced to long prison terms.