"I’ve learned of the death of hunger striker Franklin Brito. It appears that Hugo Chavez now has his own Orlando Zapata" - Yoani Sanchez, August 31, 2010 on twitter 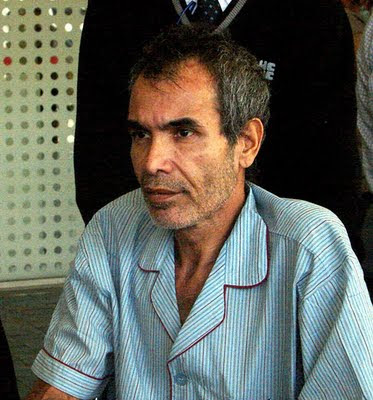 They died less than seven months apart. One by vocation was a carpenter and a handy man who had grown up under communism in Cuba. The other a farmer, biologist and landowner who'd come of age in Venezuela under Chavez and his brand of 21st Century socialism. Both were human rights defenders who after exhausting all other non-violent options resorted to the option of last resort: the hunger strike.

Prisoner of conscience Orlando Zapata Tamayo died on February 23, 2010 after suffering physical and psychological torture and Franklin Brito died one year ago today on August 30, 2010. His land seized by the Chavista regime and his ability to provide for his family crippled. The politicized courts unwilling to provide a just decision. He began series of protests and demonstrations that ended in a hunger strike to the death. In his last interview, Franklin Brito called on Venezuelans to be the authors of their own destiny and not to rely on the politicians. One year after his death, it is worthwhile to remember this principled man and to defend him against the slanders and libels of the emerging totalitarian regime in Venezuela.