Union of Cuban Writers and Artists (UNEAC), An Instrument of Repression

Union of Cuban Writers and Artists (UNEAC) is the mask of a culture of fear. - Oswaldo Payá 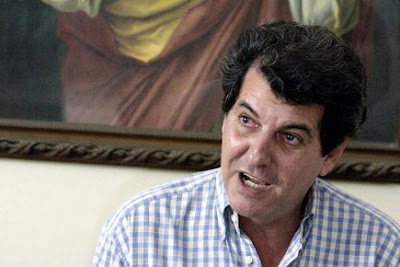 Art is a gift of God to humans, just as is the ability to express and create, and imbue poetry in everything one does. To attempt to control, submit, censor, repress, and confiscate art in any way is a sacrilege to the human soul. That has been the mission of the powers that dominate the Union of Cuban Writers and Artists (Unión de Escritores y Artistas Cubanos, UNEAC). That power has been the joke of a dictatorship, while it has monitored, censored, excluded and repressed many of its own members and others, because of their ideas, their expressions and their “disrespect.” This persecution has not only occurred during the last so called “gray five years,” but also during more than half a century of closed darkness.

The UNEAC is the mask of a culture of fear. It can deceive many people in the world, but not Cubans, and I believe it is less likely to deceive its own members. Now, no one tear up their clothes saying that I am offending artists and writers. On the contrary, I denounce the sustained oppression against these Cubans and the takeover of their identities. I defend their right to have authentic organizations that are free and that represent them, defending their greatest right, which is freedom. To claim that the UNEAC represents Cuban writers and artists is like saying that the executioner and the jailer represent the condemned and the confined.

The UNEAC and the politics of cultural repression of the regime have been a constant attack against poetry and the human soul. That mockery, oppression and usurpation against the human being and his right to think, to free expression and creation, can only exist in totalitarian regimes. And the power that controls UNEAC can only be sustained by supporting and being supported by the system of coercion and terror that is communism. Thus, in a forced manner, and with absolute submission to their bosses, but not the people, we can celebrate the fifty years of UNEAC, in a country where people are monitored, where everyone has a file and where those who express themselves differently or do not express their unconditional support of the regime with fervor are incarcerated.

The totalitarian regime implemented its own cultural sector whose leaders and activists dominate and confiscated the theaters, the books, the universities and schools, the Works, the cinema and photography, and movie production, the media, the press; storytellers emerged and cinematographers that captivated many audiences, built the language and the subculture of the revolution, won applause, tears of emotion and intoxicated audiences, but in the end fail.

And they failed because everything was a mega-fraud built and supported by the silence of the soul of a people deprived of freedom and to sustain the totalitarian power, first, of a man and now of an oligarchy. They always failed, in the end, lies and oppression fail; they failed in the hearts of Cubans, and they failed in the human spirit, which always seeks liberty.

Mr. Miguel Barnet, President of the UNEAC from the comforts of his position of oppressive advantage, speaks with hate of the “dissidence rattlers.” But, Mr. Barnet, it is the UNEAC that better symbolizes the rattlers of the totalitarian communist regime that subjugates Cuba. The lies die and the truth resurfaces, because hate ends and love endures, because fear leaves and transparency has come, because oppression succumbs and liberty triumphs, because tyranny is ending and the people beginning again. End.

Epilogue: Dedicated to Humberto León, ex guitarist of the band KENT, friend and colleague of forced labor in the Isle of Pines camp, who was then sentenced to four years of prison (from 1980 to 1984) for trying to write his book, that “the official intellectual censors” considered subversive. Do you know something about this Mr. Barnet?