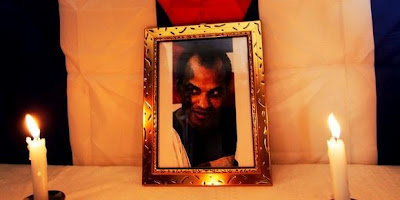 The "Ladies in White" were gathering to mark the anniversary of the death of Orlando Zapata Tamayo. © Sven Creutzmann/Mambo photo/Getty Images

by Amnesty International
Authorities in Cuba are preventing members of the women's organization “Ladies in White” from entering a building in downtown Havana for an event commemorating the second anniversary of the death of activist Orlando Zapata Tamayo. Several "Ladies in White", who campaign for the release of political prisoners, already assembled in the building told Amnesty International they fear they may be detained if they try to leave. “It is unacceptable that the Cuban authorities would not allow human rights activists to remember one of their colleagues in peace,” said Javier Zúñiga, Special Advisor at Amnesty International. Women have travelled to Havana from across Cuba to attend the event. According to information gathered by Amnesty International, the Cuban authorities have diverted traffic from passing in front of the headquarters and have stationed police officers on the four corners of the block where they are located. They are checking the identification cards of all pedestrians passing through the area. “Authorities must urgently stop harassing activists and preventing any of the ‘Ladies in White’ from celebrating the memory of Orlando Zapata,” said Javier Zúñiga.Prisoner of conscience Orlando Zapata Tamayo died on 23 February 2010 after an 86-day-long hunger strike.
http://www.amnesty.org/en/news/cuban-authorities-prevent-activists-commemorating-death-dissident-2012-02-23
Posted by John Suarez at 5:30 PM