Men of action, above all those whose actions are guided by love, live forever. Other famous men, those of much talk and few deeds, soon evaporate. Action is the dignity of greatness. - José Martí

If what we do for Cuba, we do not do for love, better not do it. - Bishop Agustin Roman 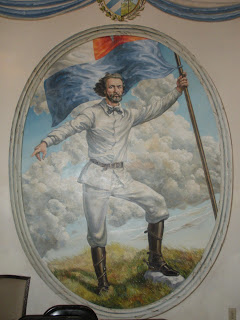 The San Carlos Institute Celebrates the Life of Jose Marti and Cuba’s Independence
May 17th – 20th, 2012

The San Carlos Institute of Key West invited the community to a four-day program in tribute of Jose Marti, Cuba’s founding father, journalist, and poet, and to celebrate the 110th anniversary of Cuba’s independence from Spain. There is a still an opportunity to attend the final day of this outstanding program celebrating a Mass for Monsignor Agustin Roman.

Highlights of the program thus far have included the following:

The San Carlos also hosted the world premiere of Jose Marti: A Musical Tribute, with pieces selected by Emilio Cueto, and performed by Jose Ramos Santos, a distinguished Puerto Rican pianist and professor at The Catholic University of America. Ramos Santos was accompanied by two vocalists: mezzo soprano, Anamer Castrello and tenor, Eric Gramatges. The tribute was divided into two main themes: Music inspired by Marti's life and work and music with the texts by Marti.

There were also special viewings of the WPBT award-winning 2002 documentary “Jose Marti: Legacy of Freedom" by film director Joe Cardona on Saturday, May 19.


The full program is available online but the remaining program for today, May 20, Cuban Independence Day is reproduced below. 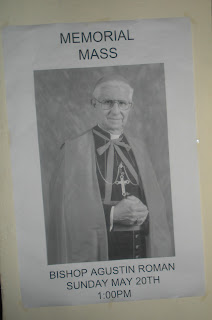 Sunday, May 20
1:30 PM: Mass at San Carlos  in memory of San Carlos’ Board Member,  Bishop Agustin Roman, who passed away on April 11th of this year.
3:00 PM: Jose Marti: A Musical Tribute  The concert includes pieces inspired by Marti, as well as pieces about some of his most famous poems. Emilio Cueto, a Washington, D.C.-based independent scholar, has conducted the research and selected the compositions, spanning over one hundred years and several countries. Jose Ramos, a distinguished Puerto Rican pianist and professor at The Catholic University of America, and two singers from the University Doctoral Program will perform the musical selections. (Admission: $25 per adult and $10 for students and children). (Admission: $25 adults/$10 students and children)
5:00 PM: Musical celebration of Cuban Independence Day by the 13-member band, Tradicion Caribe. Duval Street will rock to the best of Cuba's music.