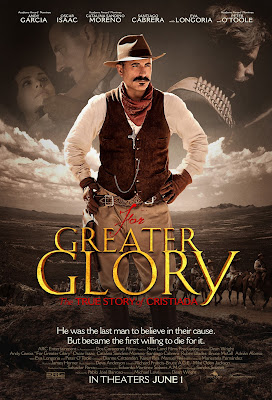 The cries of Viva Cristo Rey were heard in Mexico between 1926 and 1929 by Mexicans fighting and dying for religious freedom and in Cuba beginning in 1959 when young Catholic activists fighting against the imposition of a communist dictatorship faced the firing squad.

Anyone interested in understanding a hidden chapter of Mexican history and also what is taking place in Cuba should go and see the film "For Greater Glory" that opens in theaters around the United States on June 1, 2012. The Cristeros War (1926-1929) in Mexico offers some lessons for Cuban democrats both in international and domestic terms.

The debate now over the role of the Catholic Church in public life in Cuba and its relationship with the current dictatorship has eerie parallels with Mexico in 1929. Estimates place the number of Catholics killed by the Mexican revolutionary government at 10,000 dead. Donald J. Mabry  in his 1978  article "Mexican Anticlerics, Bishops, Cristeros, and the Devout during the 1920s: A Scholarly Debate" published in the Journal of Church and States said that:


The Catholics lost because the United States government decided that Mexico needed peace and that peace was best obtained from the existing revolutionary government. The Vatican and finally the hierarchy recognized reality and agreed to the compromises arranged by the apostolic delegate Morrow, and Calles. The league and the cristeros were ignored. They were told to accept the decision of the elites. The government agreed to the compromise (the arreglos) because it appeared to be the best way out of an increasingly difficult situation.

Mabry concluded that "[the Cristeros] did not so much lose the fight as the Vatican and the hierarchy abandoned them." The struggle for religious freedom is now being waged in the United States whereas in Cuba the struggle for its restoration continues to the present day.

In Mexico, the film is called Cristiada and is subtitled, "The history of Mexico that they wanted to hide." For additional information on this important film visit: http://www.forgreaterglory.com/ 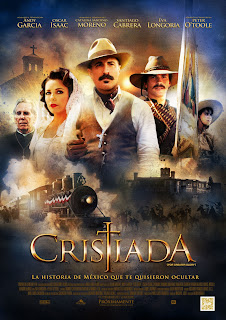