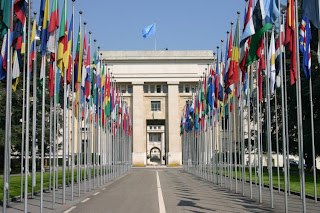 First false statement, the claim that "the persons mentioned in these questions and the rest of the list of questions are supposed 'human rights defenders', do not qualify as established in the The Declaration on Human Rights Defenders adopted by the General Assembly of the United Nations" on December 9, 1998 citing article 3. However, Article Three states the following:


Article 3
Domestic law consistent with the Charter of the United Nations and other international obligations of the State in the field of human rights and fundamental freedoms is the juridical framework within which human rights and fundamental freedoms should be implemented and enjoyed and within which all activities referred to in the present Declaration for the promotion, protection and effective realization of those rights and freedoms should be conducted.

The Cuban Black Spring of 2003 in which the majority of the organizers of the Varela Project, an initiative that sought to reform the current Cuban constitution to bring it into line with international human rights obligations, were imprisoned and sentenced in summary trials to up to 28 years in prison for engaging in a legal right recognized by the Constitution. The claims made by Rafael Pino Bécquer are demonstrated as patently false by the above mentioned crackdown and the numerous cases of dissidents being imprisoned with the sole purpose of the dictatorship enforcing political conformity. The Cuban Constitution under Article 61 demonstrates its incompatibility with the UN Charter and the Cuban regime's international human rights obligations stating:

None of the freedoms which are recognized for citizens may be exercised contrary to what is established in the Constitution and the law, or contrary to the existence and objectives of the socialist state, or contrary to the decision of the Cuban people to build socialism and Communism.  Violation of this principle is punished by law.

Amnesty International reports on routine repression in Cuba on March 22, 2012

The other charge typically made by the Cuban dictatorship is that the opposition activists are mercenaries in service to foreign powers because they accept funds from abroad. Failing to mention that in many cases when one is a dissident the regime first eliminates them from their place of employment and blacklists them from finding work. However, the Declaration on Human Rights Defenders recognizes the right "To solicit, receive and utilize resources for the purpose of protecting human rights (including the receipt of funds from abroad)."

Second false statement, the regime's representative claims that the facts have been misrepresented in order to serve a shadowy conspiracy. At the same time the United Nations Special Rapporteur on Torture was formally invited by the regime on January 28, 2009 and  to the present day  the dictatorship has not agreed on a date for the visit. International human rights organizations have requested permission to visit the island and be able to study the situation on the ground to be able to arrive at their own conclusions on the human rights situation, but the Cuban regime has denied  them all permission to visit the island. Human rights organizations are relying on reports from human rights groups operating inside and outside of Cuba that are slandered and libeled by the dictatorship. Human Rights Watch in their 2009 report New Castro, Same Cuba reports that:


The Cuban government aggressively works to prevent Cubans from documenting human rights abuses and sharing information with the international community. Nearly all dissidents’ trials are closed to independent observers, journalists, human rights defenders, and foreign diplomats. The individuals detained, prosecuted, imprisoned, or subject to any other disciplinary action are consistently denied documentation of their cases.

This leads to one conclusion: The Cuban dictatorship rejects transparent human rights monitoring by independent human rights organizations because it is engaged in the systematic violation of the human rights of Cubans on the island in order to maintain itself in power as it has now for 53 years. There have been many victims and they have given their testimony. One of them is José Gabriel Ramón Castillo, a former Amnesty International prisoner of conscience whose health was destroyed in a Cuban prison following years of torture and neglect. Will you listen?