National German newspaper, Frankfurter Allgemeine Zeitung (FAZ), says that Ikea furniture company used East German and Cuban prison labor to make its furniture in the 1980s. Newspaper said that it was possible that political prisoners were made to build Ikea furniture. 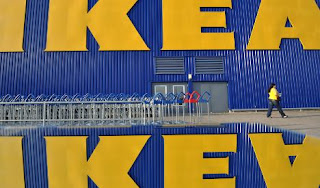 
The Frankfurter Allgemeine Zeitung (FAZ) said it has seen East German files about a deal for Ikea furniture to be made in Cuban prisons.

The deal was struck in September 1987, after a delegation of East Germans went to Havana for talks with the Cuban Interior Ministry. East German documents show that they also spoke with Enrique Sanchez, who headed the Cuban company Emiat – responsible for furnishing the holiday and guest homes of the Cuban political elite.

The East German files say production sites were “incorporated in the prison facilities of the Interior Ministry” in Cuba.

A contract was later signed with East Berlin-based “Ikea Trading Berlin”, the paper said, for up to 4,000 “Falkenberg” three-piece suites and then 10,000 tables for children and 35,000 dining tables, all to be made in Cuba.

Problems arose in early 1988, when the first delivery of “Falkenberg” sofas was halted because of poor quality, prompting the East Germans to take another trip to Cuba to ensure production was up to Ikea quality standards. Only then, the documents show, could, “a direct shipment from Havana to Sweden be undertaken.”

The claims will increase pressure on the Swedish retail firm, which has already said this week it will look into allegations that East German prisoners were forced to make its products in the 1970s and 1980s. A spokesman told the FAZ it knew nothing about the Cuban production claims.

But this was also the initial response to the East German prison labour claims – and early this week the company said it planned to examine Stasi secret service files from the time to check for evidence.

“We have requested documents from the old Stasi archive and are speaking with people who were with us at that time.”

The FAZ said it was possible that political prisoners were made to build Ikea furniture in East Germany without the company knowing about it. It said many prisoners had to work for companies, without the prisoners knowing where the stuff they made was destined for, nor the firms themselves knowing who had been involved.