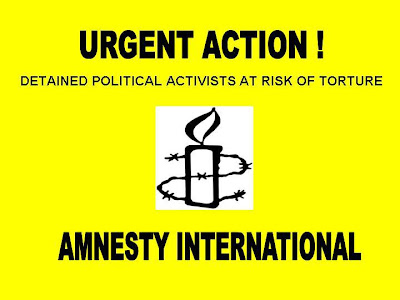 Eleven members of a dissident organization and three of their relatives have been detained , without being told of any charges against them , since their arrest on 28 August in Cuba. They have not been allowed access to their families.

National coordinator of UNPACU, José Daniel Ferrer García, reports on September 3 that dictatorship wants to try detainees for public disorder after regime agents beat them up and arrested them over the weekend.

Eleven members of the Patriotic Union of Cuba (Unión Patriótica de Cuba, UNPACU), an umbrella group of dissident organizations from the east of Cuba have been detained without charge since 28 August. Three other men, who are relatives of the detainees, are also in detention. According to relatives they are being held at a State Security facility on the outskirts of the city of Santiago de Cuba.

Twenty-seven members of UNPACU met at the house of Marino Antomarchit in the town of Palma Soriano, in the south-eastern province of Santiago de Cuba, to discuss the current crackdown against dissidents in the province. Witnesses state that around 140 members of the security forces, including the National Revolutionary Police (Policía Nacional Revolucionaria), State Security and members of the prison service surrounded the house at 1pm. Shortly afterwards, tear gas canisters were launched into the house, where Marino Antomarchit’s two-year old daughter and 76-year-old mother were also present, causing nausea and coughing of those who were there. At 5:40pm, between 30 to 40 members of the security forces entered the house and reportedly beat the men and caused damage to the house. The 27 UNPACU members were arrested as were three relatives who had come to the house after the arrival of security forces. Sixteen of the men were released on 31 August, all without charge. Eleven of them remain incarcerated in overcrowded conditions and have not been allowed family visits.

calling on the authorities to charge those detained on 28 August with recognizable criminal offences or release them immediately;

asking them to ensure that anyone charged is given a fair trial in compliance with international standards;

urging them to immediately cease the harassment and intimidation of members of the Patriotic Union of Cuba and any other citizens who seek to peacefully exercise their rights to freedom of expression and association.

The last few weeks has seen increasing repression against dissidents in the province of Santiago de Cuba. The Ladies in White (Damas de Blanco), a group of female relatives of former prisoners of conscience and current political prisoners, and the Ladies in Support (Damas de Apoyo), have for the last month faced arbitrary arrest and physical assault from members of the security forces and government supporters as they have tried to carry out a weekly silent protest march after attending mass at the cathedral in Santiago de Cuba city. Other dissidents, the majority of them from UNPACU and many with close ties to the Damas have also faced harassment and intimidation from the security forces and government supporters and are increasingly victims of arbitrary arrest.

The other names have not been verified

Gender m/f: All the detainees are male