"I think of a hero as someone who understands the degree of responsibility that comes with his freedom." - Bob Dylan 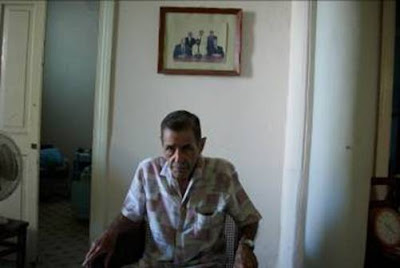 Julio Ruiz Pitaluga lived on 11th street between D and E avenues in the neighborhood of Lawton in Havana, Cuba. He had spent 23 years in prison in Cuba as a political prisoner and refused to leave the island when released. Until his dying day he kept resisting and denouncing the dictatorship of the Castro brothers. He has passed on but his spirit lives on in the Cuban resistance today. 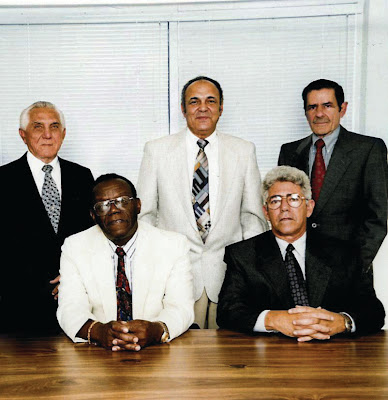 
Angel de Fana, of Plantados hasta Libertad y la Democracia en Cuba, outlined the life of struggle that Julio Ruiz carried out. This is an approximation of the text:

Julio Ruiz Pitaluga or "Pita" to his friends had risen to the rank of captain in the July 26 Movement in the struggle against the dictator Fulgencio Batista. Like other rebels against Batista rule, after years of struggle he had to go into exile, but returned in 1959 with the end of the dictatorship. Only to find that his July 26 compatriot Fidel Castro was now forging a new and more brutal dictatorship. Pita joined together with Bernardo Corrales and other comrades in the struggle against the Batista dictatorship to now oppose the emerging Castro dictatorship.

He was imprisoned and sentenced to 30 years in prison for his opposition to the Castro regime. Despite having family in Miami, Pita decided to remain in Cuba struggling for its freedom. There he lived alone, in the same house where another long term prisoner of conscience Mario Chanes de Armas went to when he was released from prison and where many opposition activists went in search of material assistance. He was the representative of Plantados hasta Libertad (Steadfast until Free) inside of Cuba.

His spirit lives on in the courageous activists in Palma Soriano who today faced off in the streets of Cuba against the dictatorship's thugs without arms but with moral courage and civic defiance. Naming the dictatorship and its accomplices and demanding their end.

First remembered seeing Julio Ruiz Pitaluga interviewed in 2000 in the Czech documentary, Voices from the Island of Freedom, where he brought out a portrait photograph with other long term political prisoners now in exile. Both Mario Chanes de Armas and Eusebio Peñalver Mazorra passed away in exile after long years of struggle and prison. 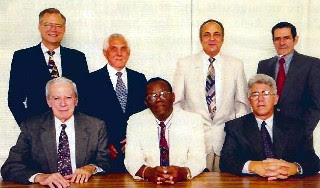 During the interview Pitaluga wished the speedy end of the dictatorship and lamented the police men many Cubans had inside of them that prevented that regime from imploding. Never forget, the emphasis with which he said - I'm saying this here in Cuba and not outside.

In 2002 during President Jimmy Carter's visit to Cuba, Pitaluga was cited and quoted in the New York Times:

Julio Ruiz Pitaluga, who was freed from prison in 1988 after serving 23 years for demanding some of the same rights sought by Project Varela, said he hoped Mr. Carter's trip could help resolve differences among dissidents. ''Here it is not about left, center or right,'' he said. ''It is are you with Castro or not?''

Thanks to his courageous example and brilliant insight, today many more Cubans are saying the same thing inside of Cuba and the regime is growing afraid.
Posted by John Suarez at 6:47 PM