The Inter American Press Association (IAPA) is a not-for-profit organization dedicated to the defense and promotion of freedom of the press and of expression in the Americas. It is made up of more than 1,300 print publications from throughout the Western Hemisphere. Today, it condemned over 400 detentions over the month of September in Cuba, the systematic violation of free expression and intimidation of foreign press correspondents. For more information on Cuba from IAPA the April 6, 2011 country report is also available here. 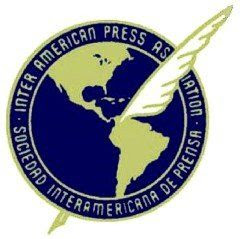 Miami (September 29, 2011)—The Inter American Press Association (IAPA) today condemned a recent escalation in Cuban repression of dissidents, violations of freedom of expression and obstacles to foreign correspondents, an issue that will be taken up by a special committee of the organization at its General Assembly to be held in Lima, Peru, October 14-18.

In an incident Tuesday political police officers beat and insulted Martha Beatriz Roque, head of the Cuban Community Communicators Network (RCCC), Arnaldo Ramos Lauzerique, a member of that organization, and Berta Soler, of the Ladies in White group and a former political prisoner, who declared, “I have been arrested and mistreated many times … but never like I was beaten today.” She added, “The blows really hurt, but what hurts more is the lack of freedom.”

IAPA President Gonzalo Marroquín said, “The lack of respect in Cuba for freedom of expression, of the press and of assembly -- pillars in any political system that should respect human rights -- are a reflection of an archaic regime that stifles and harasses criticism and demands for change by citizens.”

The Cuban Human Rights and National Reconciliation Commission reports that the repression of independent and opposition media has become more frequent, and that this month alone 400 arbitrary detentions have taken place, ranging from a few hours to several days – the highest number of arrests in the last 10 years according to that organization.

“Added to this repression, “Marroquín declared, “is the regime’s failure to abide by promises to allow greater access to the Internet – all of which just goes to show the fear the authorities have of the flow of information and how they seek to prevent effects such as those of the Arab Spring.”

Marroquín, president of the Guatemala City, Guatemala, newspaper Siglo 21, added that the repression is also aimed at the foreign press. He recalled the cases of the new bureau chief of Agence France Presse news agency and that of Mauricio Vicent, correspondent of Spanish newspaper El País and Cadena Ser radio, both of whom were denied permission to work in Cuba.

“What is noteworthy is the absence of solidarity shown by Latin American governments to the Cuban people and their failure to denounce human rights violations. The only solidarity we have noted to date is that which the governments are giving the Raúl Castro regime,” Marroquín said.

He added that while the government freed imprisoned journalists during the Black Spring (March 2003), the majority of whom were sent into exile in Spain, “it now appears that the regime has redoubled its efforts to punish and censor all dissidence.”

Since July last year, following talks between the Cuban authorities, the Roman Catholic Church and the Spanish government, a total of 22 independent journalists have been released from jail and ordered to leave Cuba, most of them going to Spain.