Is he the next coconut to fall? 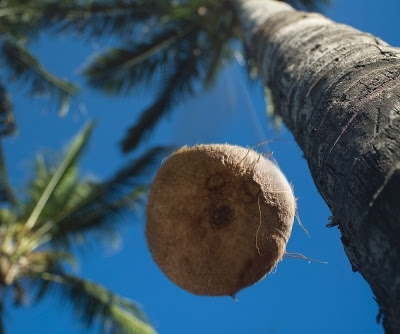 George Ayittey, a native of Ghana, is president of the Free Africa Foundation in Washington. In the latest issue of Foreign Policy lists Raul Castro in fourth place among the worst of the worst dictators in the world in the article The Worst of the Worst: Revisited Who will be the next coconut to fall?

After 52 years under the rule of the Castro brothers, Cubans are stirring. On Aug. 23, a group of four women took to the steps of the capitol building in Havana chanting "freedom." The Castro security goons pounced, raining rocks and using iron bars on the unarmed ladies. The crowd that had gathered booed, hissed, and insulted the agents.

Things were already getting hot for Raúl prior to the Arab Spring. Cuba's socialist economy has been in the doldrums. On Sept. 13, 2010, Cuba announced it would lay off "at least" half a million state workers over the next six months and simultaneously allow more jobs to be created in the private sector as the socialist economy struggled to get back on its feet. The plan was part of a pledge to shed some one million state jobs, a full fifth of the official workforce. It increasingly looks like Raúl's plan is akin to Mikhail Gorbachev's "perestroika" -- sans "glasnost."

"Our state cannot and should not continue maintaining companies, productive entities and services with inflated payrolls and losses that damage our economy and result counterproductive, create bad habits and distort workers' conduct," the CTC, Cuba's official labor union, announced. The Castro regime, which has for decades relied on its relatively generous welfare state to retain autocratic rule, will now have to rely entirely on state repression. It's a very fragile arrangement.

Listen to George Ayittey speak out on the challenges in Africa: