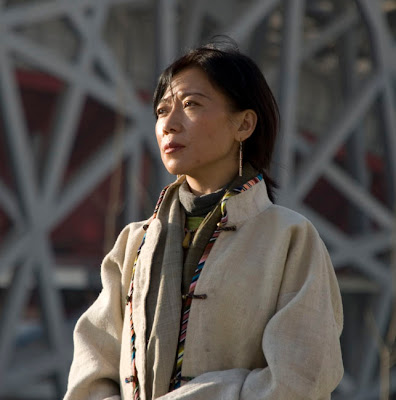 Amsterdam, 5 September: The well-known essayist and blogger Woeser, who lives in Beijing, has been awarded a Prince Claus Award by the Netherlands-based Prince Claus Fund for her outstanding achievements in the field of culture.

Panel discussion on Tsering Woeser, who is at the forefront of blogger movement, speaking, blogging and constantly challenging Chinese authorities

The Prince Claus Awards are presented annually to individuals, groups and organizations in Africa, Asia, Latin America and the Caribbean for their outstanding achievements in the field of culture and development and the positive effect of their work on their direct environment and on the wider cultural or social field. A press release by the Prince Claus Fund yesterday announcing the news, stated: “We are delighted to honor Woeser whose writings offer a unique perspective on the complexity of the current situation in Tibet.” : http://www.prinsclausfonds.nl 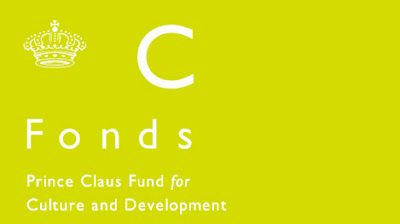 Tsering Jampa, Executive Director of the International Campaign for Tibet in Europe, said today: “This award is richly-deserved; Woeser is one of the most eloquent and fiercest critics of Chinese oppression in Tibet, who has demonstrated breath-taking courage in documenting the struggle to preserve a unique and precious cultural identity. This important award also honors many more Tibetan writers and intellectuals, many of whom are serving long prison sentences and have endured torture simply for expressing the truth in their work.”

The news of the award yesterday coincided with the 18th International Book Fair in Beijing, of which the Netherlands is host country. Tsering Jampa said: “We are working together with International PEN in the Netherlands and Amnesty International in raising awareness about Tibetan writers in prison. The Prince Claus Award for Woeser draws attention to their importance as they seek to peacefully articulate their concerns, and voice the sense of anguish, loss and dispossession due to the repression in Tibet today. We have urged Dutch writers at the Book Fair to hold these individuals in their thoughts and to speak about them whenever possible.”

Professor Tsering Shakya, an expert in contemporary Tibetan writing, compares Woeser's situation to that of the late Russian dissident writer, Solzhenitsyn, saying: "It is the duty of courageous writers to speak of the unspeakable and lift the veil from the dark corners where horror is hidden...The events of March 2008 created a new memory and it will be narrated from generation to generation. Today, memory is no longer hidden...but advertised in cyberspace to share with the rest of the world - and in this respect Woeser occupies a unique position as chronicler of modern Tibetan memory. Her blog [and writings] have become the voice of Tibet."

Woeser was born in Lhasa, but grew up speaking Chinese after her father, who served in the People's Liberation Army, was transferred to a Tibetan area in Sichuan Province. As a member of the privileged elite, she was later admitted to a Chinese literature program for minority nationalities. It was only when she moved back to Lhasa as a young woman, where she worked as an editor for the leading Tibetan literary magazine, that she began to discover the reality of Tibet's past and to learn about Tibetan Buddhism. While in Lhasa, Woeser (who, like many Tibetans, is known by just one name) began to document the effects of religious repression, massive immigration of Chinese and unbalanced economic development.

In 2004, after her book 'Notes on Tibet' was banned, she was informed that all her working hours would be devoted to political re-education. She moved to Beijing, and she later married Wang Lixiong, an author and commentator on Tibet who has been outspoken in his support for human rights and his willingness to take seriously the needs and concerns of Tibetans. In various ground-breaking essays, Wang Lixiong has outlined why he thinks that the Dalai Lama is the key to resolve the question of Tibet, and in March he was a signatory to a letter urging dialogue between Chinese leaders and the Dalai Lama, so as to "eliminate animosity and bring about national reconciliation". (http://www.savetibet.org/news/newsitem.php?id=1245)

Woeser has published almost daily updates and comments online since March 2008, when an overwhelmingly peaceful uprising across the Tibetan plateau transformed the political landscape. At the height of the protests, more than 3 million internet users visited Woeser's blog, and her daily updates were translated into numerous languages. The personal stories she includes in her writing - the blind monk who committed suicide, the lama who was beaten when he tried to prevent a protest from escalating - bring home to the outside world the reality of the current crackdown in Tibet and its deeper significance.

Martha Southgate reads from The Fear in Lhasa, as Felt in Beijing by Tsering Woeser

'Tibet's True Heart', Woeser's new collection of poetry, translated from Chinese and with comprehensive notes, can be purchased online for $22 plus shipping from Ragged Banner.

“A Raging Storm: the crackdown on artists and writers after Tibet’s Spring 2008 protests’: Report by ICT