In the Grips of Communism: Freedom of Expression in Cuba 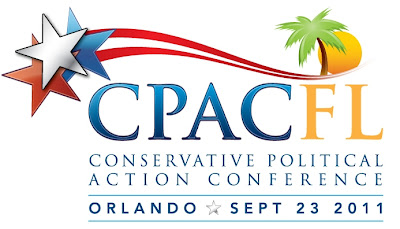 I’d like to dedicate this presentation to the memory of Father Miguel Angel Loredo, Franciscan priest and Cuban prisoner of conscience who served 10 years of an unjust prison sentence and passed away in St. Petersburg earlier this month, who I had the honor of knowing.


Totalitarian regimes seek to first muzzle then eliminate an independent and free press along with human rights defenders and other critical voices. Over the past 52 years, Cuba under Castros' communist dictatorship imposed a brutal regime with violence and terror.

Prior to 1959, Cuba had problems – an authoritarian dictatorship imposed in 1952 that was unwanted – however it did have numerous newspapers, radio stations and television that challenged the Batista regime along with a vibrant civil society that struggled and protested against the dictator.
Now with the arrival of the Castro regime in 1959 promising the restoration of democracy and the rule of law – the exact opposite was done. Mass executions broadcast and filmed to terrorize the population. Independent newspaper editors, first warned that their lives were at hazard if they wrote critically against the regime and within a year and a couple of months all of the independent newspapers were shutdown, on occasion by violent mobs organized by the dictatorship and replaced with regime publications subordinated to the communist party line.

An early case study on freedom of expression in Cuba:
On August 3, 2011, José Ignacio Rivero passed away in exile in Miami he was the last publisher of Cuba’s legendary Diario de la Marina from 1944 to 1960. It was a family paper handed down from father to son over three generations. José Ignacio was the son of Pepín Rivero (publisher from 1919-1944) and the grandson of its founder Nicolás Rivero. It was Cuba’s longest running newspaper with the highest circulation with roots back to two newspapers: 1813 with El Lucero de la Habana (The Havana Star) and the Noticioso Mercantil (The Mercantile Seer) whose 1832 merger established El Noticioso y Lucero de la Habana, which in 1844 was renamed the Diario de la Marina.

Though a conservative publication, its pages gave voice to a wide range of opinion. It gave a platform to many distinguished Cuban intellectuals. Over its long history La Marina kept faith with a conservative philosophy that from 1902 to 1959 defended the best interests of a democratic Cuba, while opposing the dictatorships of Gerardo Machado in the 1930s and Fulgencio Batista in the 1950s. It was the only newspaper in Cuba that published the letters from Huber Matos, one of the commanders of the revolution, denouncing the emerging communist dictatorship written from his prison cell after his October 1959 arrest for “counter-revolutionary treason”.

On May 12, 1960—the Diario de la Marina newspaper was closed, a day after José Ignacio Rivero took refuge in the Peruvian Embassy in Havana. The day following the closing of La Marina, Cuba's last remaining privately-owned newspaper (Prensa Libre) “Free Press” was attacked by a mob and shut down. La Marina’s offices and equipment were confiscated by the dictatorship and used to publish its dictatorship controlled newspapers.

It did not matter for the communists whether the newspaper was liberal or conservative all were shutdown and taken over. This was part of their strategy to monopolize control of all media. The same was done with radio and television. The first pillar of the totalitarian regime was set: MONOPOLY CONTROL OVER ALL MEDIA

Other pillars of the totalitarian regime were imposed. The second pillar: FEAR. Terror imposed on the population through the widely broadcast mass executions and a huge population of political prisoners. The third pillar: ABILITY TO REPRESS was achieved when the army was politicized with officers sent to be trained in the Soviet Union and a massive state security apparatus set up to spy on Cubans.

The East German Stasi came to Cuba and helped train and form the Cuban State Security apparatus that even today strikes fear into the hearts of many Cubans. 40,000 Soviet troops would be stationed in Cuba and the Lourdes spy base constructed to spy on the United States. After the fall of the Soviet Union the Chinese moved in and took over the base to continue spying on the United States.

Over time the totalitarian apparatus forged “laws” which justified the already existing practices of outlawing free speech both spoken and written. Written and Oral Enemy propaganda or assisting in the distribution of either would net you lengthy prison terms and are still on the books today. In the late 90s the dictatorship passed Law 88, also known as the gag law, which threatened Cubans with 20 year prison sentences and even the death penalty for speaking critically of the regime to an international media source.

Courageous Cubans throughout all of this fought and resisted the dictatorship. During the 1960s many of the Castro brothers own comrades from the July 26 movement went back into the hills of the Escambray and fought bravely until they were crushed in the late 60s and the peasant populations that supported them relocated in mass to other parts of the island.

Beginning in 1976 a new phase emerged with the establishment of the Cuban Committee for Human Rights founded in the prisons that managed to smuggle out reports of gross and systematic human rights abuses. In the 1980s with the establishment of Radio Marti during the Reagan Administration, for the first time in over 20 years Cubans had the ability to get some alternative means of information – even if they had to do it discretely listening to shortwave radio broadcasts.

In the latter part of the 1980s and through to the present the emergence of a nonviolent democratic opposition, first focused in Havana and then spread out across all the provinces of the country have challenged the totalitarian regime.

The dictatorship continues to respond with terror and repression attempting also with greater sophistication to jam radio and television signals from entering Cuba. The same holds true now for the internet.

In 1990, Jorge Garcia Perez “Antunez” stood up in a public square in the middle of Cuba and called for Eastern European style reforms. He was arrested for oral enemy propaganda and began a 17-year journey through Cuba’s prisons. Despite the brutality of his imprisonment, today he is active on the streets of Cuba and has organized a national civic resistance front.

International outrage over the mass arrests of the dissidents along with the execution of three young black Cubans arrested, tried and executed within a week for hijacking a boat to flee the country (no one was injured or killed during the hijacking) led the regime to back down.

Today, in 2011 with regards to freedom of expression, Amnesty International and Human Rights Watch describe a climate of fear created by restrictions on freedom of expression. There are new prisoners of conscience and new martyrs. Luis Enrique Labrador, 33; David Piloto, 40; Walfrido Rodríguez, 42; and Yordani Martínez, 23, were sentenced between 2 to 5 years in prison in Havana on May 31, 2011 for distributing pamphlets criticizing Raúl and Fidel Castro. Human Rights defender Juan Wilfredo Soto Garcia died on May 8, 2011 three days after a brutal beating by state security agents three days earlier on May 5.

I just returned from attending that mockery of human rights that is the UN General Assembly in New York, but was there taking part in a global human rights summit to counter the outrage. At that meeting I listened to a powerful idea from Ambassador Moses when he closed the summit stating: “Silence is the enemy of freedom.”

Speaking out can mean the difference between life and death. How many of you here have heard of Anatoli Marchenko? I see a few hands. How many of you have heard of Natan Sharansky? I see many more hands raised. Both went on a hunger strike in the Soviet Union. Because few spoke up for Anatoli Marchenko the Soviets let him die, but because the world knew who Natan Sharansky was, he is still alive today. Many of you who’ve heard of Marchenko know who he is because he was posthumously awarded the European Union’s Sakharov Prize.

We saw this repeated in Cuba with the case of Orlando Zapata Tamayo. He wasn’t a leader of the opposition, just a black Cuban, a carpenter and bricklayer who wanted to see his country free. He was an activist for freedom. They thought they could imprison him and allow him to die because as Fidel Castro said of a group of young black men he had summarily executed after hijacking a boat trying to obtain freedom – he thought the world would not miss “a black.” He was wrong and because the world reacted to Orlando Zapata Tamayo’s death on February 23, 2010 because activists raised their voices in denunciation. This meant that when independent journalist Guillermo Fariñas went on hunger strike, the following day on February 24, the dictatorship reacted very differently and eventually gave into his demands. Guillermo Fariñas is still alive because the international community, people like you – activists in the social networks – made his name known and put pressure on your elected officials to speak out on his behalf.

Let me end by asking you to do your part in breaking down the regime’s information monopoly. Spread the word about Cuba’s civic resistance and their struggle for freedom. Let others know of the prisoners of conscience still imprisoned for their ideas and democratic principles inside Cuban prisons. Thanks to social media you have the power to spread the word to the entire world and make a difference. Saving lives and helping to free an entire people.

The alternative: remaining silent and letting high level quite diplomacy with the dictatorship is a proven failure not only for dissidents but for a U.S. citizen. Alan Gross, who sought to provide internet to Cuban Jews on the island has been rotting in a prison cell because of an American policy of appeasement to the dictatorship that has failed. Ask Governor Richardson.

Offering unilateral concessions, including waiving the parole of one the five Cuban spies – who were involved in spying on the US and planned to send a mail bomb to who they identified as a CIA agent in Bal Harbour Florida demonstrates weakness. The dictatorship responded with contempt believing it could get more and Alan Gross continues in prison.

Please speak out and keep an eye on what is happening in Cuba, especially this Saturday. It is the feast day of the Virgin of Mercedes, the patron saint of prisoners and the Ladies in White are planning a march. Regime bloggers and state security are already warning that the march will face repression.

In conclusion I’d like to end with the words of Ronald Reagan who spoke here in Orlando on March 8, 1983 and understood a tough minded realist way to dialogue with these types of regimes:

“Yes, let us pray for the salvation of all of those who live in that totalitarian darkness -- pray they will discover the joy of knowing God. But until they do, let us be aware that while they preach the supremacy of the state, declare its omnipotence over individual man, and predict its eventual domination of all peoples on the Earth, they are the focus of evil in the modern world.”

“But if history teaches anything, it teaches that simple-minded appeasement or wishful thinking about our adversaries is folly. It means the betrayal of our past, the squandering of our freedom.”

“I urge you to beware the temptation of pride -- the temptation of blithely declaring yourselves above it all and label both sides equally at fault, to ignore the facts of history and the aggressive impulses of an evil empire, to simply call the arms race a giant misunderstanding and thereby remove yourself from the struggle between right and wrong and good and evil.”
Thank you very much.